For the moment all discipline seems painful rather than pleasant, but later it yields the peaceful fruit of righteousness to those who have been trained by it.
Hebrews 12:11 ESV

If there’s one thing that living my life has taught me, it’s that, more often than not, healing hurts.

And that can be any kind of improvement: physical, emotional, spiritual, you name it. This is, I think, because, when you get down to it, healing is change – for the better. 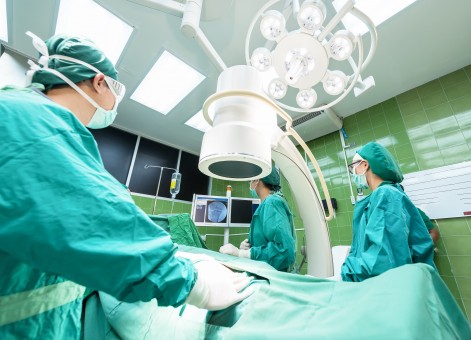 This idea is represented perfectly by surgery. It seems to go against a physician’s creed, “to do no harm,” but the key is that the alternative could be worse. (Interestingly, that phrase was not part of the Hippocratic oath until the 17th century. (Hippocrates was an ancient Greek.) The link is to the Wikipedia entry on the oath.)

In my case, the example is open-heart surgery to replace a “leaky” valve on January 8, 2015. The failure of my kidneys caused fluid to build up in my lungs due to the deficient valve.

When this happened, I had dialysis six of the next seven days, and lost twenty pounds!

Certainly, the situation was critical and demanded the “open” operation, which itself could have been fatal. (And my wife tells me it was touch-and-go for a time.)

It turned out well – although, again, I would not consider the rehabilitation time to have been pleasant. Today, even the scar has faded to a thin white line.

So much of medicine and healthcare can be viewed like that – a period of unpleasantness for a better future. (Think about it: surgery, exercise, having to take nasty-tasting potions.)

Hence the reference to the “spoonful of sugar,” the blessing that allows a patient to get through the very worst of it.

The anesthesia and pain-killers for surgery. The runner’s high? (I’m not a runner, so I ask.)

And, in the case of transformation from bad habits, the loving support from brothers and sisters in faith and the knowledge that The Creator loves and fully forgives His creations.

Marshall at Sharing God's Story (https://SharingGodsStory.net) I follow Jesus Christ as a worship musician, writer, and speaker. I share God's incredible story in my life, a story of healing from brokenness, addiction, and failed health; a story of miraculous provision for me and my family; a story of studying His Word to find His purpose for me: sharing my time and talent to give a little hope to you...
Published September 2, 2017September 2, 2017