Step 2: We came to believe that a power greater than ourselves could restore us to sanity.
For it is God who works in you to will and to act in order to fulfill His good purpose. (Philippians 2:13)

Principle 2: Earnestly believe that God exists, that I matter to him, and that He has the power to help me recover.
Happy are those who mourn, for they shall be comforted. (Matthew 5:4) 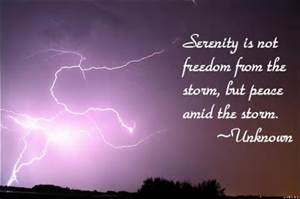 The Serenity Prayer
God, grant me the serenity

to accept the things I can not change,

the courage to change the things I can,
and the wisdom to know the difference.
Living one day at a time,
enjoying one moment at a time;
accepting hardship as a pathway to peace;
taking, as Jesus did, this sinful world as it is,
not as I would have it;
trusting that You will make all things right,
if I surrender to Your will;
so that I may be reasonably happy in this life
and supremely happy with You forever in the next.
Amen

The Twelve Steps of Recovery, particularly when based on Biblical teaching, are just as much about forming a firm Spiritual Foundation in a life as they are a literal action plan for gaining recovery from addictiveness (of any kind) or simply changing bad behavior. That is to say, anyone can study and follow them, and benefit greatly. This is because the unexamined human condition is described best in the latter half of Romans chapter 7:

Simply put, there are things I want to do, and commit myself to doing, only to fall short, time and again, because my willpower failed. (Think of all the New Year’s Resolutions you’ve ever made.) I talk the talk, but can’t walk it, and I could not understand why, until I began to learn, “physician, know thyself”. The steps are the path to walking with God, to God. See a further explanation of this at “Come To- Come With Me”.

This lesson is labeled “Sanity”. It helps greatly to start by evaluating the opposite: insanity. We all are quite familiar with this definition:

Insanity: doing the same thing, over and over again, yet expecting a different result.

WHAT are we trying to do?  There are many possible reasons, here are a few:

But there are two umbrella reasons I want to stress in this post. Either, we desire

Jeremiah 17:8
They will be like a tree planted by the water that sends out its roots by the stream. It does not fear when heat comes; its leaves are always green. It has no worries in a year of drought and never fails to produce fruit.

This, I think, is the peace that surpasses all understanding, and I think it encompasses all the previous goals.

Or we continue to try these same, obviously failing behaviors and actions, out of

WHY are we so driven to find peace, relief, etc?

I look back to my earliest memories, and I recall a sense of everything “being right” in my world. But, as I aged, I saw the many ways there is wrong in the world. This is something humans inherently feel, and this is backed up by the choice of words in Step Two, which speaks of REstoring and REcovering something that has been lost.

We get sidetracked into our insane, repetitive behaviors because, at first, they worked. They seemed to deliver us from the emptiness, pain, fear, hurt, stress, and meaninglessness.

Whatever the event was, it had only one explanation: A Power Greater 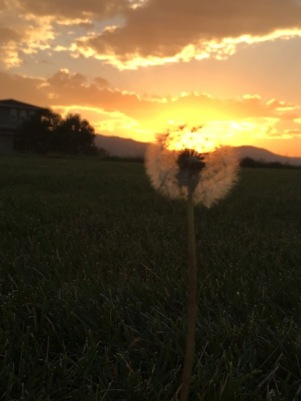 The revelation confirmed our inherent sense of the world we knew as being broken. In the simplest terms, we realized and believed and knew and had confirmed for us, that something or someone had made all this – had made everything.