I have a quote and two verses on my mind this morning. 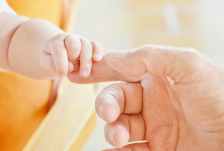 “Obedience is the outward evidence of the true fear of the Lord.”
– John Bevere

The fear of the Lord is the beginning of knowledge.
Stubborn fools despise wisdom and discipline.
– Provebs 1:7 (GW)

…the one who makes a promise and does not break it,
even though he is hurt by it.
Psalm 15:4b (GW)

These all serve as reminders for me that, really, the whole deal here, the big tamale, the be-all, and end-all, is fear and obedience- by choice. Not the one because of the other.

It’s an attitude thing, I think. Actually, I do like the word “awe” instead of fear.

awe noun “a feeling of reverential respect mixed with fear or wonder.”

There’s a lyric from a Fike song, “I know You’re good, but safe I’m sure You’re not.” 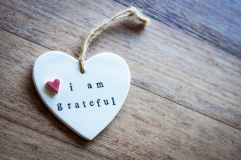 I guess what I’m trying to say is not that I want to obey because I’m afraid of You, but because I believe You do have plans to prosper and not harm me BUT if I refuse, You are quite capable of … ____?

What’s the right word? Justice? Correction? Discipline? The discipline of a Father for His beloved children – maybe that’s it.

I like the way The Passion Translation (TPT) puts it:

How then does a man gain the essence of wisdom?
We cross the threshold of true knowledge
WHEN we live in obedient devotion to God.
Stubborn know-it-alls will never stop to do this,
for they scorn true wisdom and knowledge.

It’s a “which comes first” thing; TPT says plainly that obedient devotion is the prerequisite for true knowledge.

I’m a smart guy (or so they told me), and I was raised thinking you have to know what you’re doing before you can succeed in doing it. I sense a setup for stubbornness and foolishness in that perspective.

Ah, yes, forever I’ve been a “have my cake and eat it too” guy; always trying for a win-win (for me) situation. That’s why Psalm 15’s verse is included.

Obedience just has this sense that stresses doing something one doesn’t want or really like doing. Something contrary. Integrity can hurt, or be uncomfortable, at the least.

I checked out all English translations of the Proverb. Here are some of the words used in place of “wisdom and discipline.”

Aren’t all these things “good?” Aren’t they all things a “smart” person would do, without question? Aren’t these inherent? Common-sense? (In which case, we don’t need to be taught to do them, right?)

Marshall at Sharing God's Story (https://SharingGodsStory.net) I follow Jesus Christ as a worship musician, writer, and speaker. I share God's incredible story in my life, a story of healing from brokenness, addiction, and failed health; a story of miraculous provision for me and my family; a story of studying His Word to find His purpose for me: sharing my time and talent to give a little hope to you...
Published March 1, 2018March 1, 2018